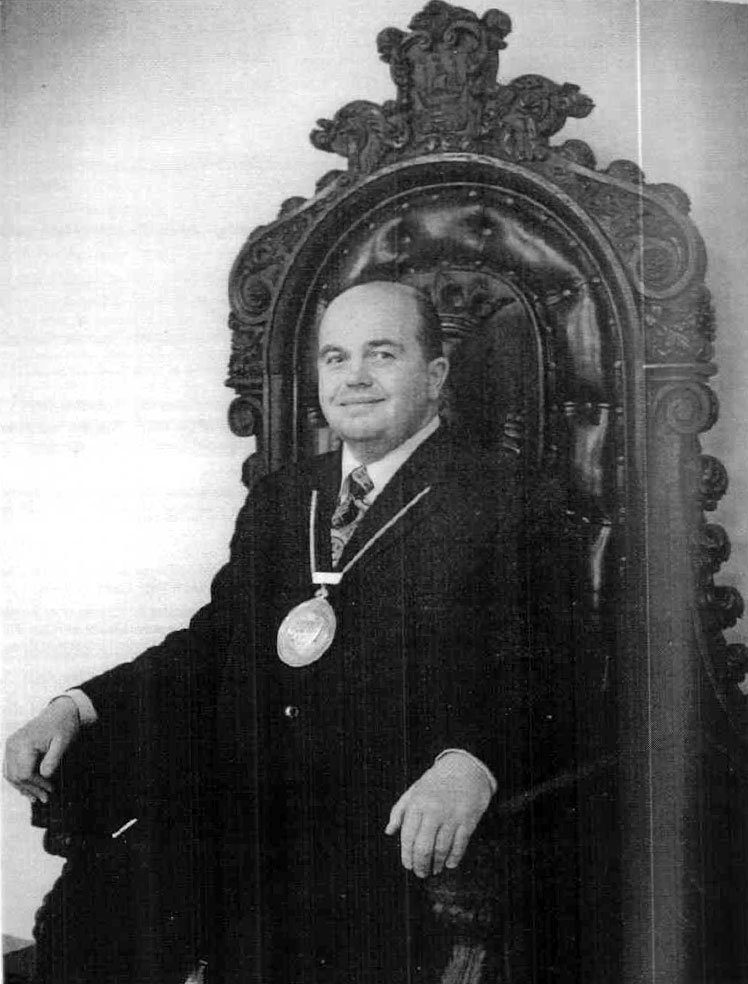 Peter Pool President of the Royal Institution of Cornwall

Solicitor; Antiquarian; Archaeologist; Cornish Historian, Linguist and Scholar; author of several books on the history of Cornwall and its language; MA (Oxon.) 1960; Bard of the Cornish Gorsedd 1955; Fellow of the Society of Antiquaries 1967; President of the Royal Institution of Cornwall 1974-6.

A scion of a Cornish industrialist family, Peter Pool was born in Eaglescliffe Co Durham, where his father was working as a research engineer with ICI before returning to the family firm in Hayle in 1940, when it was heavily involved in manufacturing munitions. He grew up in Penzance where he was educated at St Erbyn’s, before Brickwall, Sussex and Keble College, Oxford; followed by articles with a firm of London solicitors. There he joined the London Cornish Association, and learnt Cornish by correspondence with Robert Morton Nance, the second Grand Bard of the Cornish Gorsedd.

Peter Pool became a Bard of the Cornish Gorsedd in 1955, at the time the youngest to do so.

Returning to Cornwall, first with a firm in Bodmin, he then set up his own legal practice in Penzance.   He served the Cornish community as director of the family firm of manufacturing engineers established in 1848, as Chairman and Librarian of the Penzance Library, Vice-President of the Celtic Congress, President of Penzance Old Cornwall Society, and legal adviser to many organisations. From 1974 to 1976 he was President of the Royal Institution of Cornwall and, as Editor of its journal, was twice awarded the Henwood Medal for research.

Moving to Zennor, he immersed himself in its history and became an authority on the parish, publishing The Life and progress of Henry Quick, the peasant poet of Zennor, and editing The Diary of James Stevens, a Zennor farmer, which was one of the first Cornish books to deal with agricultural life in the last century. After moving back to Penzance, he wrote The History of the Town and Borough of Penzance in 1974, and in 1988 was made an Honorary Freeman.

Trenchant in his opinions, one of Peter Pool’s last booklets was The Second Death of Cornish (1995), where he attacked others who believed that Unified Cornish, the language as formulated in the 1920s by Robert Morton Nance, needed drastic and sweeping changes. It was a strong plea for careful and considered research first. He was a founder member of Agan Tavas ("Our Tongue"), an organisation promoting Unified Cornish

Peter Pool married Audrey Humphris in 1965.   There were no children.